Nowadays, with the development of genome analysis methods and the reduction in sequencing cost, genome analysis has become popular. As medical information based on big data is accumulated, it opens an era of precision medicine specialised for each patient. Precision medicine means offering treatment and healthcare plans optimised for each patient considering the patient’s unique genetic and environmental factors together with medical history and lifestyle.

Unlike the existing method of medical care that provides treatment after a disease occurs, precision medicine lengthens the healthy life span of an individual and reduces disease incidence, thereby decreasing the cost of treatment by finding and preventing disease risks. In addition, precision medicine aims to reduce unnecessary medical practices as well as minimise adverse effects and increase the effect of therapy by providing personalised treatment based on genome information after the disease occurs.

Cancers have various causes, but some cancers are caused by genetic mutations of specific inherited genes. People who have such cancer-related mutations have far more risk of cancer than others. Hereditary cancers are caused by gene abnormalities inherited from parents, and the incidence of cancer in the same family is high. Thus, early detection and identification of the exact cause through gene diagnosis is required.

The most commonly known hereditary cancers are breast cancer, ovarian cancer, and colon cancer. For the incidence of breast cancer, 5%–10% is known to be genetically caused, and more than half of such cases are caused by abnormalities in genes called BRCA1 and BRCA2. When there is a mutation in the BRCA1 gene, the risk increases up to 87% after age 70 compared to when there is no variation. Moreover, various genes including MLH1 are found to be the main cause of colon/rectal cancer. With mutation, the incidence of cancer increases greatly. 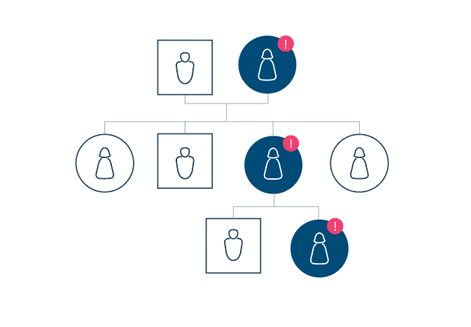 The Heredity Cancer Panel diagnoses the hereditary risk of cancer by analysing the causative gene related to hereditary cancer. Mutations of a total of 16 genes including BRCA1/2 genes, and genes related to Lynch syndrome, which is the main cause of colon cancer, are analysed.

The Cancer Cause Discovery Test tracks the cause of cancer and provides important information for personalised cancer treatment by analysing various mutations of major genes involved in the occurrence of cancer, using DNA extracted from the tumour samples of a patient. Cancers used to be classified in a histopathological manner, but now gene analysis is performed on cancer tissue and cancers are divided into detailed items according to the gene mutation, which contributes to improved response (about 75% of patients exhibit different effects when the same anticancer drug is prescribed) and provides personalised treatment for cancer patients while minimising adverse effects. 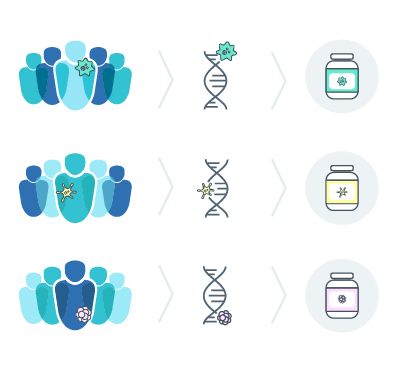 When cancer occurs in the body, NDA fragments detach from cancer cells in the blood. This is called ctDNA (circulating tumour DNA). When ctDNA is checked regularly, cancer cells can be detected early and prompt measures taken.

Unlike existing biopsies, this cancer-monitoring test can be performed by merely collecting blood, which makes regular check-ups more efficient. However, the test is not widely given because the levels of ctDNA are different by type of cancer and individual, and detection is very difficult. Macrogen is expanding the service by continuously making technical improvements. 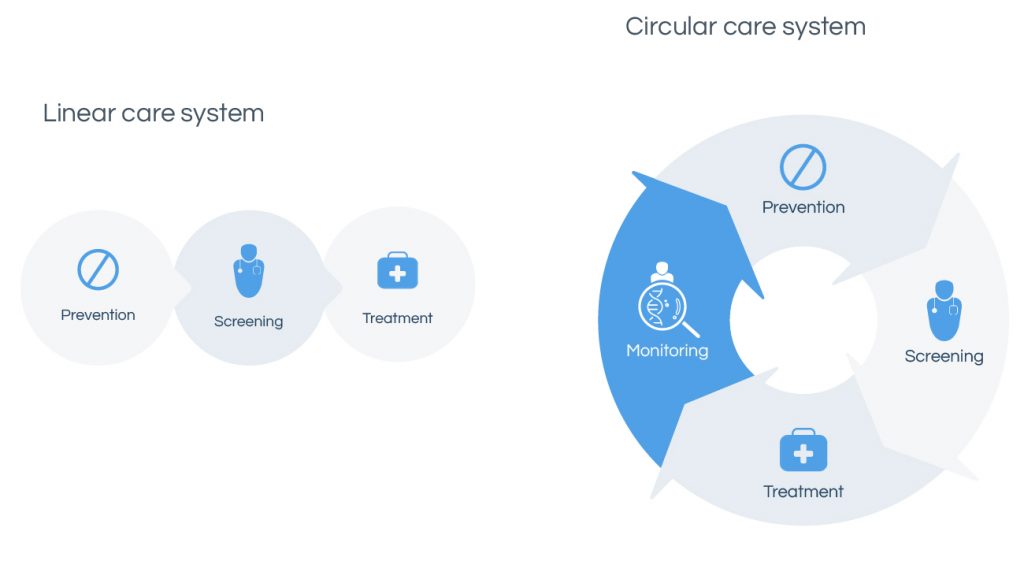 NIPS is safer and allows checking for abnormalities of the foetus earlier than the existing invasive amniotic fluid testing. Pregnant women aged 35 or older or those with a family history of foetal abnormalities should take the test because the risk of chromosome aneuploidy is very high. 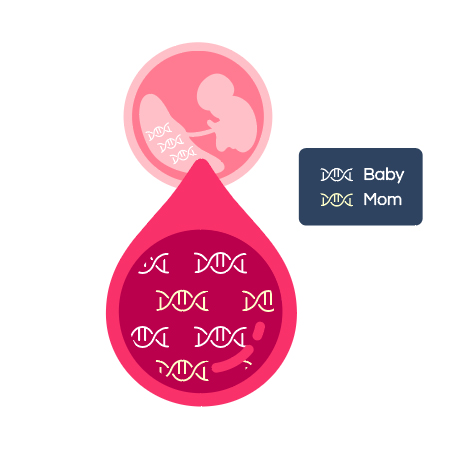 There are more than 8,000 known rare diseases. Among them, 80% are hereditary diseases caused by gene mutation. Even though the prevalence rate of each disease is very low, the risk is rather high around the world because there are so many types and symptoms of these diseases. 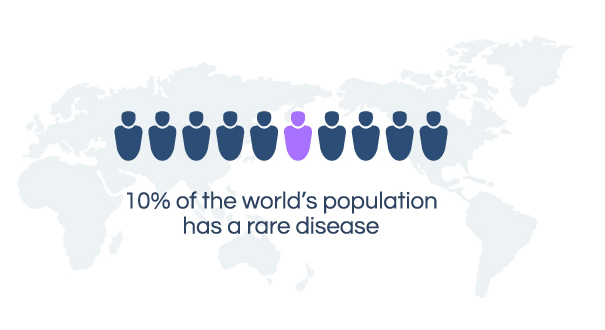 Although many rare diseases are known, different degrees of symptoms can be shown for the same disease and there are multiple diseases with similar symptoms. Thus, it is still very difficult to receive a correct diagnosis and treatment. Rare genetic disease screening is for patients with obscure symptoms that need a correct diagnosis and testing to establish a guideline for appropriate therapy.

New personalised drugs are being developed, although there are not many drugs for rare genetic diseases. Thus, the need for a correct diagnosis is rising.

Carrier screening is a test to aid healthy family planning by predicting the genetic risk to future children by analysing the parents’ genomes.

In the case of autosomal recessive diseases, if the parents are carriers who have genetic risk factors, even though they appear normal, their children have a 25% possibility of being born with a hereditary genetic disease. 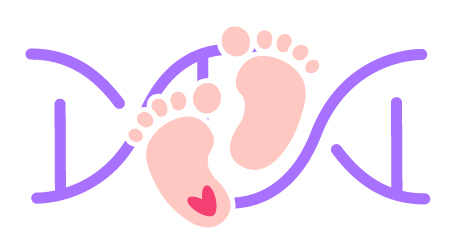 NBS is a genetic disease screening test performed on newborns within 24–48 hours of birth. The purpose of the test is to prevent the risk of children’s hereditary genetic diseases by testing for metabolic disorders, which are dangerous diseases that occur within 1 year of birth but can be treated when detected early.